A downloadable game for Windows, macOS, and Linux

Society is under a state of social distancing and self-quarantine from a deadly global pandemic.  The world has long-since become one where most, if not all, human interactions and day-to-day tasks are done over the Internet, remotely.  You will become a member of a team of private investigators to uncover a conspiracy and find out the truth behind the pandemic.

As a member of this team, you will use the Gateway OS - a purpose-built operating system and set of specialized hacking tools as well as social media and news aggregation software to investigate the people, businesses, and all information behind the global pandemic.

Upon installation of the Gateway OS, you will need to create a personal profile and complete an aptitude test and basic training mission.  On successful completion, an agent will send you further instructions.  Good luck.

If you aren't doing this already, we highly recommend using the Itch desktop app to install and manage the game.  But if you prefer to download it yourself instead, here are the installation instructions.

You must be running on Windows 7 or newer with a 64-bit processor and 64-bit operating system.  Most modern computers should fit that requirement, but keep that in mind.

Simply extract the game files to an empty folder, and run Socially Distant.exe.  You can create a desktop shortcut and pin the game to your Start Menu if you so choose.

You will need a 64-bit macOS system for the game to work.  To install the game, extract the .zip file and copy the .app bundle to wherever you usually put .app bundles.  If you're not using the Itch app to run the game, you will need to right-click the .app bundle and hit "Open" - otherwise, Apple's Gatekeeper will prevent the app from running due to it being "damaged" or from an unknown source.

On macOS, the game's save data is stored in ~/.config/Michael VanOverbeek/Socially Distant.

You will need to be running on a 64-bit CPU with a 64-bit kernel.  You can figure out what type of kernel you're running on by opening a Terminal and running:

If it outputs x86_64, then you are compatible.  Otherwise, the game won't run.

If your distro can't handle .zip files by default, you'll need to install unzip through your package manager.

Then, extract Socially Distant to a directory you'd like the game to be in.  We recommend symlinking the game's launch script into "/usr/bin/socially-distant" as well so you can launch the game from anywhere.

You should now be able to launch the game by running socially-distant.  Game data is stored in ~/.config/Michael VanOverbeek/Socially Distant. 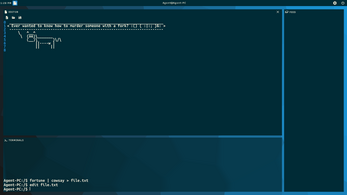 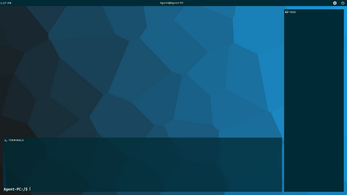 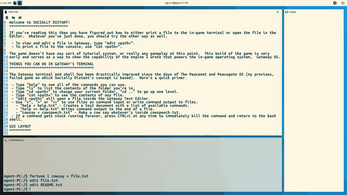